After I graduated High School I started to question why anything was really important at all.

Any of these things may have included:

Celebrities in the Media. Why do people play into the hands of big-name celebs who are obviously stipulating for attention? e.g. Miley Cyrus, Donald Trump . I still don’t get it.

Employment nowadays. I’m sitting in traffic on the way home from work and I look around me and wonder, why do we participate in the rat races that make up the job market economy? Whatever happened to individuality and self-reliance?

College. More specifically 4-year college and questioning the glamour that comes with it (parties, greek life etc). How important is it all? Really? Cause if say you were allergic to alcohol then it seems like you wouldn’t have much to do.

Getting dressed in the morning. This is another one I’ve thought about which is probably typical of a quarter-system student with an 11-week long summer coming out of high school. That’s a long summer, and for the majority of it where I wasn’t working I spent the day in pajamas slipping in and out of a Netflix coma.

After days drinking nothing but decaf Earl Grey and finishing Once Upon a Time I realized that some part of me was missing because I had let it go.

My confidence, my health… some of the key components to my own happiness had vanished because I was spending too much time on the internet providing my appreciation of scenes that were a part of other’s lives by double tapping, and neglecting to appreciate the life I had been given.

how can these lovely pictures

to make you hate yourself? 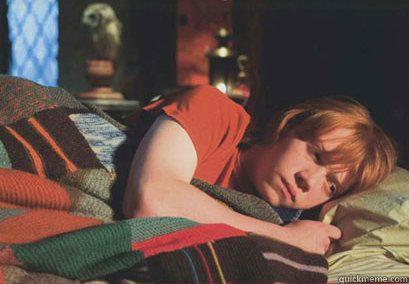 Simple. Because wishful thinking can be draining.

The days where I decided not to get dressed in the morning were the same days I let all the internet confabulation and rapid scrolling down news feeds define what I thought of myself… no makeup, hair in a bun, reblogging or favoriting pictures of waterfalls and berry smoothies. It seems innocent enough, until one realizes that the internet is a deadly weapon of comparison.

This is what all my time spent online had led up to and I was tired of staying in my pajamas. I realized that the key was to find beautiful content in the world around me.

Next week I’m giving a talk at church about charity. In doing research I watched this clip from the LDS Prophet, President Thomas S. Monson and it turned my world around.

My favorite quote is around 11 min when he says,

” A woman by the name of Mary Bartels had a home directly across the street from the entrance to a hospital clinic. Her family lived on the main floor and rented the upstairs rooms to outpatients at the clinic.

One evening a truly awful-looking old man came to the door asking if there was room for him to stay the night. He was stooped and shriveled, and his face was lopsided from swelling—red and raw. He said he’d been hunting for a room since noon but with no success. “I guess it’s my face,” he said. “I know it looks terrible, but my doctor says it could possibly improve after more treatments.” He indicated he’d be happy to sleep in the rocking chair on the porch. As she talked with him, Mary realized this little old man had an oversized heart crowded into that tiny body. Although her rooms were filled, she told him to wait in the chair and she’d find him a place to sleep.

At bedtime Mary’s husband set up a camp cot for the man. When she checked in the morning, the bed linens were neatly folded and he was out on the porch. He refused breakfast, but just before he left for his bus, he asked if he could return the next time he had a treatment. “I won’t put you out a bit,” he promised. “I can sleep fine in a chair.” Mary assured him he was welcome to come again.

In the several years he went for treatments and stayed in Mary’s home, the old man, who was a fisherman by trade, always had gifts of seafood or vegetables from his garden. Other times he sent packages in the mail.

When Mary received these thoughtful gifts, she often thought of a comment her next-door neighbor made after the disfigured, stooped old man had left Mary’s home that first morning. “Did you keep that awful-looking man last night? I turned him away. You can lose customers by putting up such people.”

Mary knew that maybe they had lost customers once or twice, but she thought, “Oh, if only they could have known him, perhaps their illnesses would have been easier to bear.”

After the man passed away, Mary was visiting with a friend who had a greenhouse. As she looked at her friend’s flowers, she noticed a beautiful golden chrysanthemum but was puzzled that it was growing in a dented, old, rusty bucket. Her friend explained, “I ran short of pots, and knowing how beautiful this one would be, I thought it wouldn’t mind starting in this old pail. It’s just for a little while, until I can put it out in the garden.”

Mary smiled as she imagined just such a scene in heaven. “Here’s an especially beautiful one,” God might have said when He came to the soul of the little old man. “He won’t mind starting in this small, misshapen body.” But that was long ago, and in God’s garden how tall this lovely soul must stand! “

I cried at that part. Today I watched it again and I almost cried a second time, but then I caught myself and wondered why. It’s a lovely story that would make a great film, but there was another reason. It was the same kind of bubbled over emotion I felt when my mom sat me down one day and asked me why I seemed sad.

I described to her how ugly I felt, inside and out. I felt like a hideous burden with legs. She just stared into my eyes and said so matter-of-factly,

I bubbled over then like I bubbled over at Monson’s story. Both reminded me that because God created us, he loves us and because of that we are innately beautiful and worth saving. Sometimes he sends people to love us and remind us of that. Sometimes those same people are the ones who help us get out of bed in the morning. In case you didn’t already get that, I’m trying to say thanks Mom.

The laws of superficiality seem to dominate how many of us view ourselves, and not just when we’re looking at god-bodied models posing magazines. The erosive effects caused by living in an appearance-driven world can break us down in subtle ways, eventually leading us to doubt our worth measured by social position, financial standing, and material growth.

When we can find the moral momentum to pull ourselves into a larger perspective, we can see that these laws of comparison are trivial.

Have an amazing week lovely reader,

5 thoughts on “The Importance of Getting Dressed in the Morning”